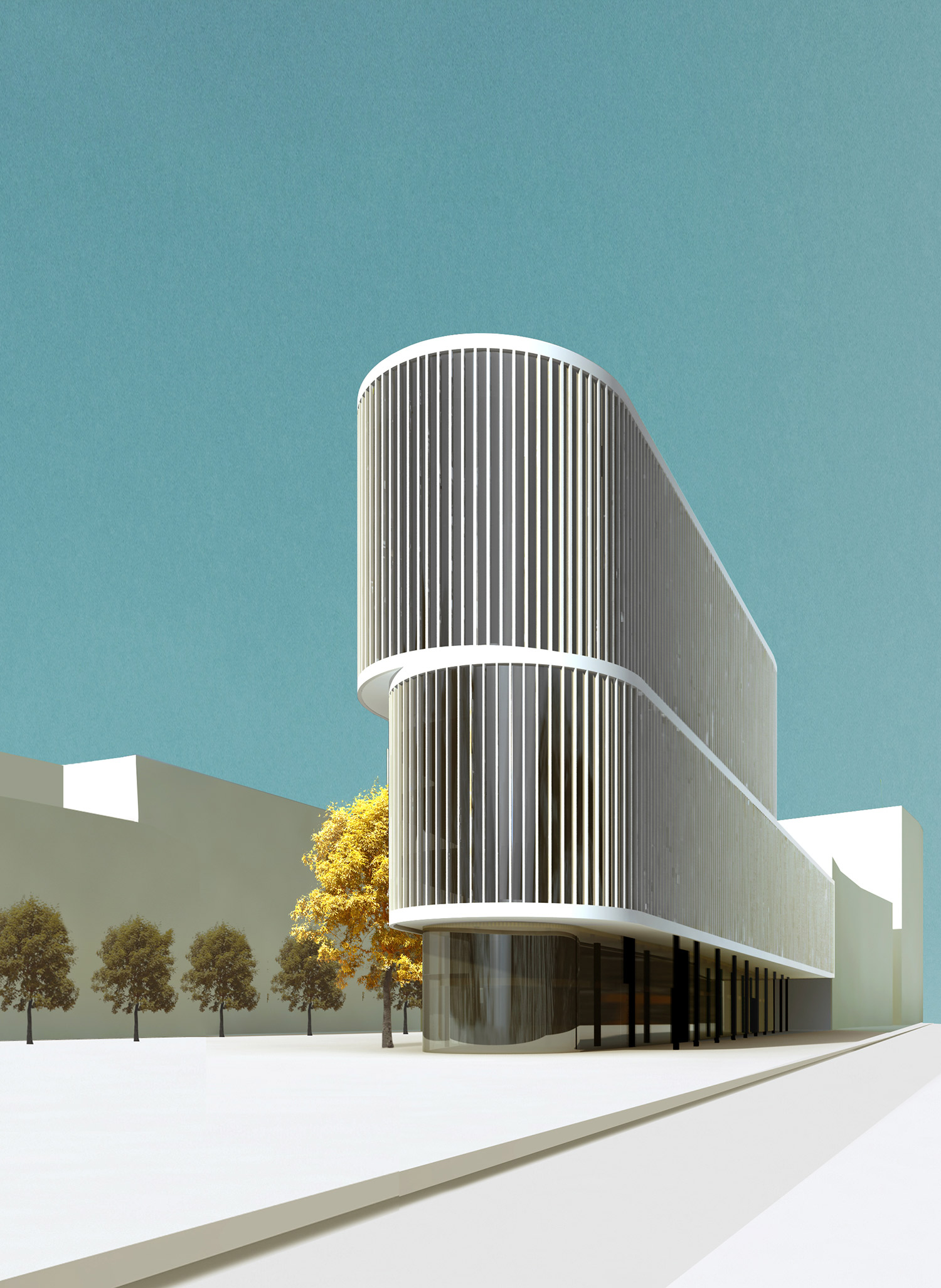 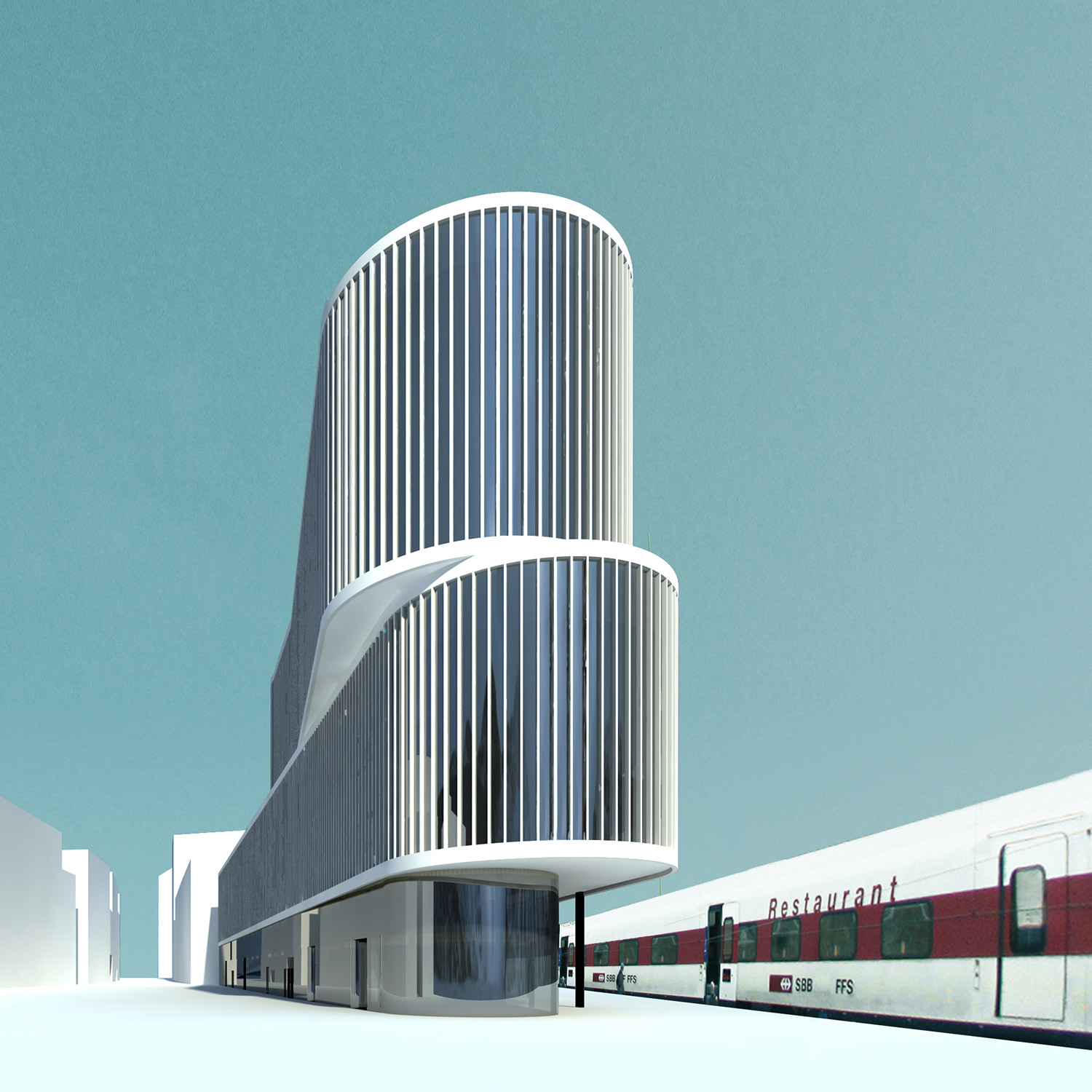 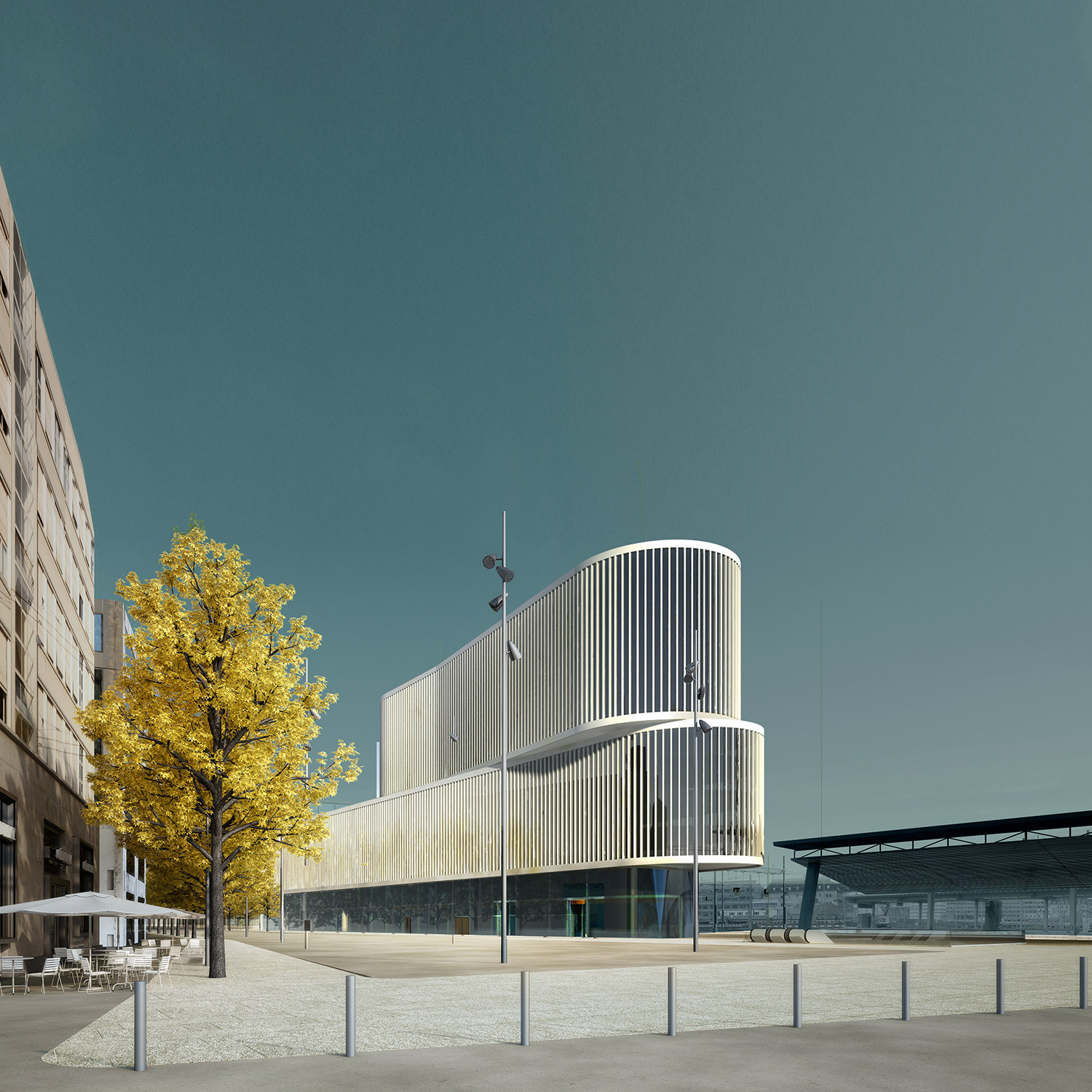 Competition:
The building is in a privileged location in Zurich between the river Sihl and the main train station. It sits like a gentle giant above the hustle and bustle of everyday life and creates together with the Ginkgo tree alley an oasis of being. The three-layered body unfolds at the Le Corbusier-Platz and sets an urbanistic accent at the newly created neighbourhood. One element floats on top of the other and blends playfully into its surroundings. The lower body welcomes the strolling pedestrians with its inviting shop windows. The middle part responds to both the Ginkgo alley and the Trapezplatz and creates with its cantilever a meeting point. The upper component refers to the neighbouring buildings. While the shop presentations dominate on the ground floor with mezzanine, the semi-permeable layer in the form of a double glass facade commands the upper floors. This membrane creates an airtight building envelope and lets simultaneously a lot of light into the offices. The entire appearance is designed as a system façade that guarantees a high degree of prefabrication and thus a short construction period.